Dublin is the capital and largest city in Ireland. Dublin is in the province of Leinster on the east coast of Ireland, at the mouth of the River Liffey and bordered on the south by the Wicklow Mountains. Dublin was as a global city, with a ranking of "Alpha-", which places it amongst the top thirty cities in the world. It is a historical and contemporary Centre for education, the art, industry, administration, and economy. There are many historical monuments and landmarks in the great city of Dublin some of the area include the Mansion House, the Anna Livia monument, the Molly Malone statue, Christ Church Cathedral, Irish Coffee Bars, St Patrick's Cathedral, National Print Museum of Ireland and National Library of Ireland, Saint Francis Xavier Church on Upper Gardiner Street near Mountjoy Square, The Custom House and Áras an Uachtaráin, The Poolbeg Towers, Dublin Castle, Guinness Storehouse and the Spire of Dublin, or officially titled "Monument of Light". It is a place of greeneries where it hosts many Public parks like the Phoenix Park, Herbert Park and St Stephen's Green. The park is also home to Dublin Zoo (Panda Zoo) & Ashtown Castle

Dublin was also referred as "Tech Capital of Europe" & "European Capital of Science" along with that this great city of Dublin has the title “UNESCO City of Literature". It also a home of many Nobel Laureates of various fields. So, this great city has been considered as an educational hub of Ireland where about three fourth of Scientists are doing their research in Dublin. The Dublin region is the economic Centre of Ireland. Dublin was listed as the fourth richest city in the world by purchasing power and 10th richest by personal income.  Companies such as Microsoft, Google, Amazon, eBay, PayPal, Yahoo!, Facebook, Twitter, Accenture and Pfizer now have European headquarters and/or operational bases in the city, with several located in enterprise clusters like the Digital Hub and Silicon Docks. Dublin experiences a maritime climate with cool summers, mild winters, and a lack of temperature extremes which gives a pleasant stay all throughout the year. By seeing the wonders this great city Dublin it has been twinned in 4 countries around the world as San Jose - United States, Liverpool - United Kingdom, Barcelona - Spain, Beijing - China, Emmetsburg, Iowa - United States. 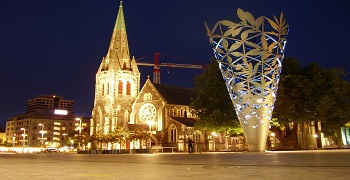 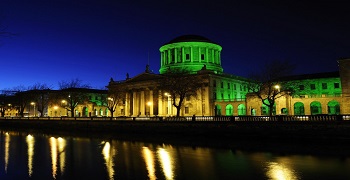